Overview: The village economy was based on a form of debit and credit bookkeeping known in the nineteenth century as bartering. In the barter economy local merchants, craftsmen, and farmers maintained records of transactions and trusted their neighbors enough to allow a line of credit. Customers would settle accounts with goods and labor and—less often—with cash.  This lesson uses Donald Hall’s Ox-Cart Man and a nineteenth-century daybook to illustrate the barter economy.
Focusing Questions

How did farmers, merchants, and artisans trade for goods and labor without cash?

How did the barter economy work?

Farmers, merchants, and artisans bartered their goods and labor.

Bartering was a form of bookkeeping that allowed farmers, merchants, and artisans to provide each other with lines of credit.

The season of the year dictated what was being traded in the New England village.

Create a 2-column chart on the board and list everything the Ox-Cart Man bought and sold in the appropriate debit and credit columns. 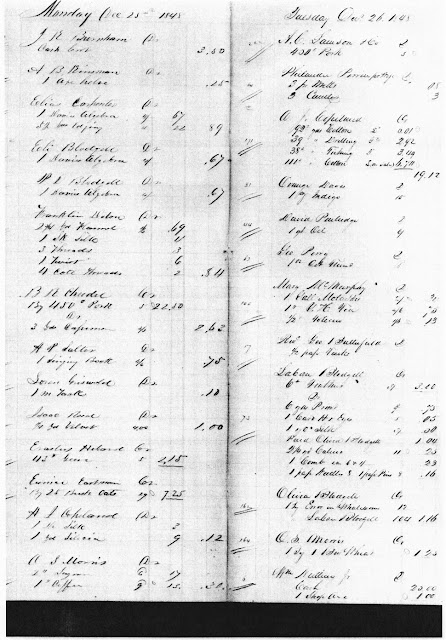 Provide students with the December daybook page and worksheet. 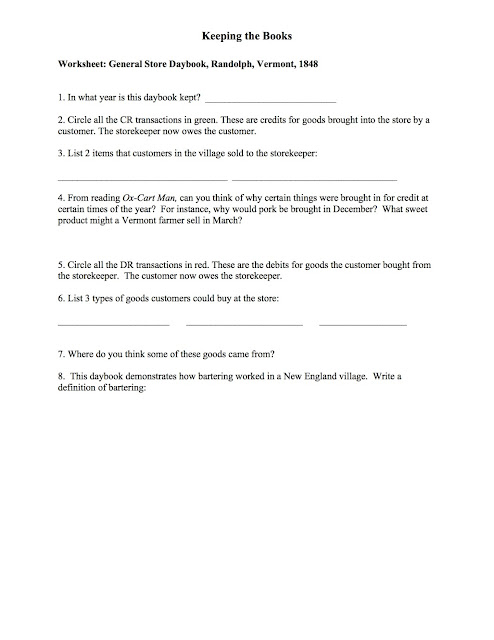